How Does Hydro Work?

How do we get electricity from water?

Falling water is the power source that is used to turn a metal propeller-like piece called a turbine (Pelton Wheel in Utica’s case), which then turns a metal shaft in an electric generator, which produces electricity.

Take a look at the diagram below of a hydroelctric power plant to see the details:

In most cases, a dam is built on a river that has a large drop in elevation (there are not many hydroelectric plants in Kansas or Florida). In Utica’s case, the snowpack stores a huge amount of water during the winter and spring, which melts and runs off into reservoirs in the high country (Alpine, Utica, Union and New Spicer) along the Highway 4 Corridor, which store water and release water throughout the year. A reservoir on the North Fork Stanislaus called McKay’s Point Reservoir diverts water into an 18-foot-diameter tunnel, which runs from Arnold to Camp Nine, where the water is used to make power by the Northern California Power Agency.

In Avery, Utica has a pipe that taps that tunnel and it receives water via gravity that it runs through a 27-mile-long conveyance system. On its way down the hill, it is stored in several reservoirs before passing through two penstocks and two powerhouses in series – one in Murphys and the second in Angels Camp.

Trivia Question: How many feet does water have to fall inside a pipe to equal 1 pound per square inch of pressure?

Trivia Question: What is a penstock?

A pipe that connects a water source from a high elevation to a powerhouse at a lower elevation.

Trivia Question: Do fish get chopped up in the powerhouse?

No. There are screens at the top of the penstock, which prevent fish from entering the pipe.

Gravity causes the water to fall through the penstock (large pipe). The farther the water falls, the higher the pressure inside the pipe (head pressure), and the more energy can be produced.

Trivia Question: What is tailrace?

A path which allows for water to exit a powerhouse after being used to turn a turbine.

Once the water leaves the powerhouse, it flows back into a stream or river, where it builds energy as it continues to fall down the canyon. Further downstream, that water can enter another penstock and be used to make power again. 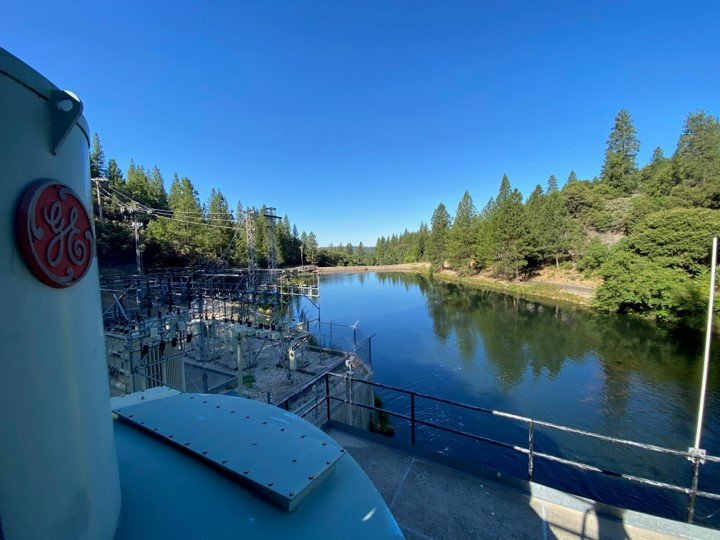 The Murphys Powerhouse was built in 1955 and is rated at 3.6 megawatts. It is powered by a 7-foot-diamater horizontal Pelton Wheel on a vertical shaft.

Depending on water conditions, the plant’s annual power output ranges from 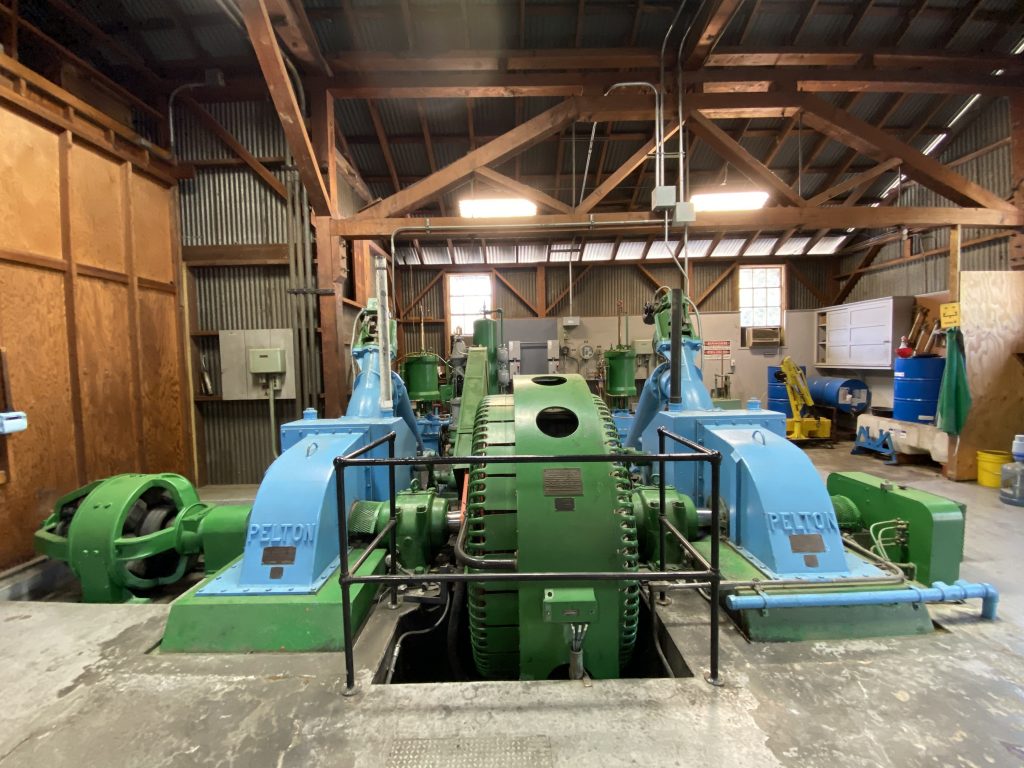 The Angels Powerhouse was built in 1940 and is rated at 1.4 megawatts.

It is powered by two vertically mounted Pelton Wheels on a single, horizontal shaft.

It’s a three-nozzle plant, and can be run on 1 nozzle. 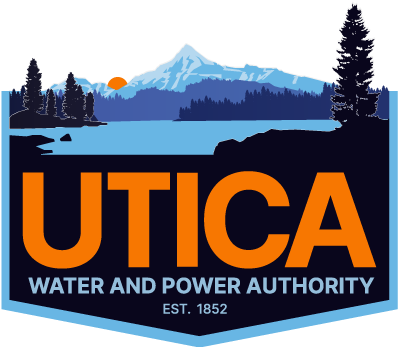